The most traditional food during Tomb Sweeping Day is green tuanzi, also called “green dumpling”. The green dumpling is a kind of wild plant called "wheat straw" which is mashed and squeezed into a juice. The juice is then mixed with pure glutinous rice flour which is dried by water. The filling of the dumpling is made of delicate sweet bean paste.

As one of the leading companies in the industry, our company has excellent cultural connotation and does not forget the excellent traditional virtues. In the Tomb Sweeping Day, we will also follow the tradition of ancestor worship outing. Therefore, our company will rest for ancestor worship from April 3rd to April 5th, I hope you distinguished customers know it. 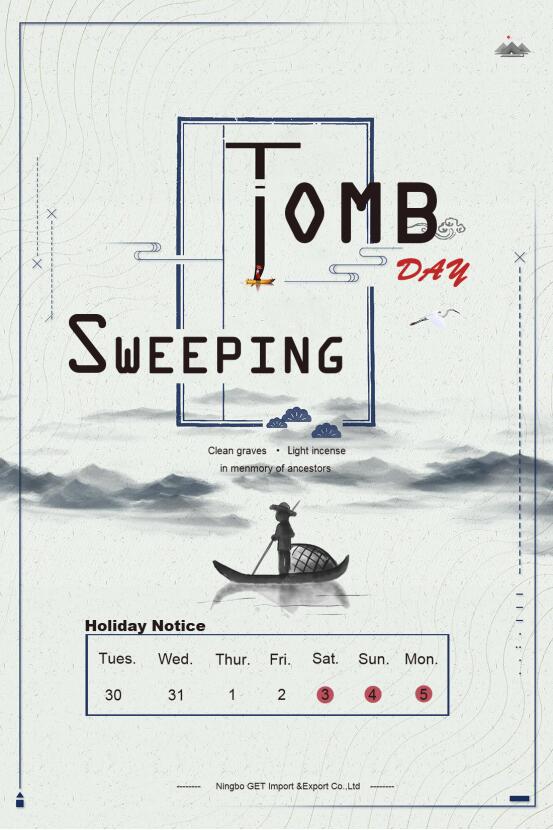